Nuns of the Carthusian Order receive a stole at their consecration as virgins. Initially, this rite was practiced only in individual houses, but in 1699 it was extended to the entire Order, and this remains the case even today. Since the liturgical reform following the Second Vatican Council, Carthusian nuns even wear the stole at certain liturgical functions. This article presents the rite of reception of the stole at the consecration of virgins according to the Pratique de la bénédiction et consécration des Vierges of 1699, which was used in the Carthusian Order until the liturgical reform, as well as the Rituel Cartusien de Consécration des Vierges of 1986, which is used today. It attempts to interpret the rite in light of the way of life of the Carthusian nuns, and to propose a model of diaconal service for women.

Daniel Tibi, Dr. iur. can., Monk of Kornelimünster Abbey, Aachen (Germany). Research Fellow at the Institute of Canon Law and Law on Religion at the University of Vienna. 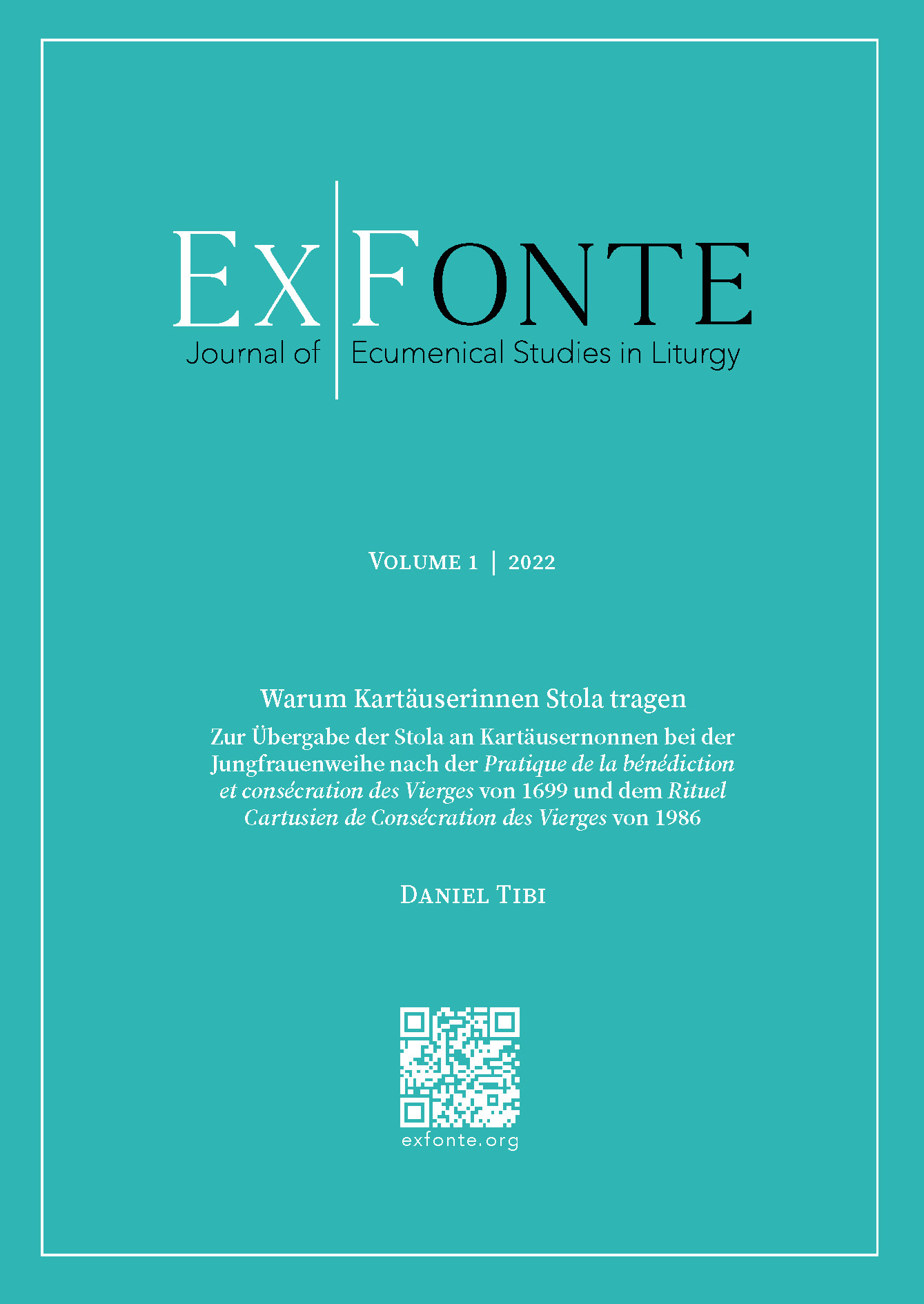